Top P2E Crypto Games: You Should Explore In 2023 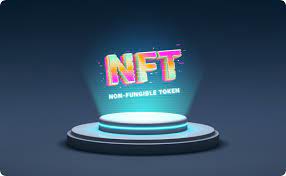 Can you enhance your crypto portfolio by playing P2E games? If you want to earn while playing games, play-to-earn games let every player earn cryptocurrencies, which you can transform into real-world money. Today, P2E games offer a wide range of ways through which individuals can earn tokens. Moreover, the process of earning crypto through web3  game development is more interesting than regular investing, slot auctions, staking, and many more.

Earning crypto through gaming is not a scam. Rather you can earn digital assets through play-to-earn games. Play-and-earn has become a well-prominent trending term in the blockchain gaming space. But what exactly are these games, and which ones are the best? The greatest thing about these games is that players can earn money while playing games. And who will not want that?

Are you quite new to the world of gaming? Are you curious about exploring blockchain games? Or are you looking to try out crypto games? Well, here is the list of the best picks for play-to-earn crypto games that will highlight the most interesting way of earning a bit of extra money in the form of crypto on the side.

Let’s find out or dive into the best top play-to-earn games in 2023 that dominate the entire gaming industry, or you can play right now:-

It is the world’s most popular P2E game and a must-try for every curious gamer. This game is the best option for Pokemon fans who look to earn cash while staying close to their favorite characters. Axie Infinity is well-known as the first P2E crypto game, a mainstream blockchain game, and one of the largest crypto games on the market.

Axie Infinity consists of two modes, namely adventure mode and battle mode. Within the Axie Infinity universe, players can earn a multi-billion dollar cryptocurrency known as Axie Infinity Token($AXS) and ($SLP)-the smooth love potion. Players can convert it into actual money and sell it within the game or in the marketplace. They can create their characters to win the battle called- Axies. This way, this game has exploded in popularity and also entered the mainstream industry.

This game is one of the most successful play-to-earn games that offer a huge gaming ecosystem and is also utilized by more than 2 million players every day. In a digital universe, Axie Infinity is a thrilling play-to-earn game that states the introduction of a no-upfront-investment model and a limited earning potential. It’s a Web3 game that runs on two well-recognized blockchains, namely Ethereum and Ronin. Additionally, it offers a credible source of revenue for you.

Plant vs. Undead is a wonderful game to play that focuses on farming, where the players can produce Light Energy, the in-game currency. The players can convert Light Energy into cryptocurrency or PVU tokens that they can trade in various decentralized exchanges DEXs. Are you a fan of the Plants vs. Zombies game? PVU game is the play-to-earn crypto game version of PVZ games. Furthermore, plant vs. Undead is a great game for beginners in which farm mode keeps the players engaged with the opportunity to earn light energy.

The players earn money with NFTs through Battle of Guardians. As the players progress through the game, they can earn more and more rewards. But the players will have to come across an entry fee if they want to play in a tournament. This game has its official marketplace, where the players can exchange NFT characters with other players or can also sell.

Battle of Guardians game has two kinds of in-game currency, namely- BGS- battle of guardians share, and FP-fighting points. It features a fascinating atmosphere. This game is a fantasy game in which players can purchase and sell their heroes to form their teams to fight with other players. Furthermore, it’s a mobile game that is possible to run on iOS and Android.

MetaWars, a play-to-earn game, combines space exploration with combat to offer a user-controlled in game-economy. The players can form space fleets and own or upgrade their robots. They can earn the game’s native token, “WARS,” after winning battles and accomplishing challenges.

The players can use “WARS” to take part in auctions and in-game governance. Besides, they can also trade these tokens with other players to make a profit.MetaWars also has a secondary token, namely- Gamma or GAM, which acts as the key reward token of this game.

This game began as a decentralized exchange. It itself became prominent and turned into a fantasy game, where the players can gain liquidity by staking the in-game currency of this game named “JEWEL.”

Players can also buy interactive NFT heroes within the game and sell them to acquire huge amounts of profit. Players can purchase even plots of land within Defi Kingdoms and construct upon them to create their own vast kingdoms.

Also read: How to Build Blockchain Games from Scratch to Power Your Business?

The Sandbox: A Voxel, An Acute & Visually Appealing Game Platform

This game is one of the greatest metaverse games and crypto games. Many players believe that it’s a virtual world that will assist shape the future of crypto and establish a virtual world for everyone to enjoy. The Sandbox is a community-driven platform where the players can own a virtual piece of land named “LAND.” Furthermore, they can use these land plots as a stage and transform them into a game for creating their own personal island.

The Sandbox game is bigger than Minecraft because it provides unlimited possibilities to play, create, and earn as well. Are you creative? Then this game is undoubtedly a unique play-to-earn crypto game in which players can create specific items like artwork and designs. Even more, this game allows the players to sell these pieces of artwork within The Sandbox market to earn SAND. Besides, the players can also rent out their land and purchase or sell assets.

The Sandbox 3D is the same as Minecraft and Roblox, which features blockchain-backed collectibles and money. It has countless ways to earn. So whether you are an artist, a game maker, or a landowner, you can earn “SAND,” its metaverse cryptocurrency.

Decentraland: A Little Bit Similar To The Sandbox

Decentraland and Sandbox both games are often mentioned together when players talk about the future of crypto games. In this game, the players are free to play, create, and explore millions of digital assets. They can trade or even use them on their avatars and lands. Players trade assets or LAND to earn money in Decentraland. Additionally, players are open to working within the Decentraland universe as a freelancer for other players or even for Decentral Games themselves.

The things the players can do in the Decentraland game are beyond the limit. Like they can create clothes and sell them to earn profit. It provides the players with the power to play within a virtual universe. Although the earning methods in this game are not as straightforward as other play-to-earn crypto games, these games still offer a lot of potentials to earn a large amount of money.

Are you one of the biggest esports fans? Thetan Arena may be the best play-to-earn crypto game for players that are built on the blockchain. It’s also known as a MOBA game that’s available on mobile phones and PC as well. This game grew in popularity because of its similarities with a few of the well-prominent MOBA games, namely- Mobile Legends and League of Legends. Besides, this game offers various game models like superstar deathmatch, battle royale, and tower destroy. Each one of these modes has unique mechanics and ambitions.

During playing the game, the players can earn money by climbing the ranks and also by earning THG. After earning THG, they can then convert it to their preferred currency. The players also trade countless NFTs, including heroes and cosmetics, through the Thetan Arena Marketplace. Overall, this play-to-earn crypto game offers a thrilling and exciting gameplay experience to the players both on their mobile phones and on their PC.

If you are the biggest fan of MOBA games, this game is surely free to play and a low-risk play-to-earn game for all the players.

Crypto games offer really a lot of fun to the players and earn you crypto and NFTs simultaneously. Now you’ll surely have been familiarized with the best play-to-earn crypto games of 2022; it’s the right time to select the most favorite one and get started.

Nowadays, play-to-earn games have taken off like wildfire, which the players can play to earn passive income and for other purposes. These games have become more common and a golden opportunity for the players to dominate a relatively young industry.