How Much Time Can Whiskey Be Stored In A Decanter? 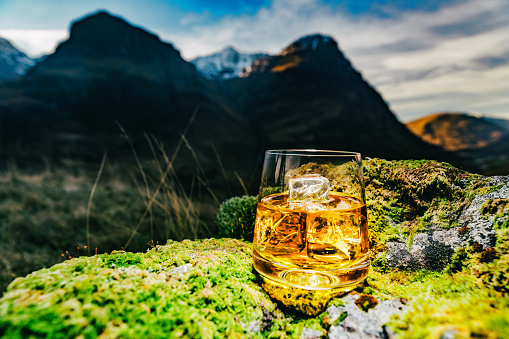 In one or two of the movies we’ve seen, there’s always scotch whisky, gold tequila, wine, dark rum, and other spirits in crystal whiskey decanter. Even a vintage crystal decanter is used since it has a nice appearance. But it raises the question of whether decanting whiskey spoils the drink. So how long can a decanter of whiskey be used?

Depending on the amount of alcohol in the lead-free decanter, whiskey can be stored there for two months to three years. Temperature changes, humidity, light, and an airtight seal on the decanter are other elements that can extend the shelf life of whiskey. These spirits don’t go bad or become harmful to drink, but oxidation gradually alters the flavour profile.

Once whiskey bottles are opened and placed in a decanter, the spirits are exposed to the air. The main cause of the booze going bad is air exposure.

Even though oxygen won’t ruin a full decanter right away, the alcohol will degrade more quickly than it would if you maintained it in the original bottle.

To ensure that whiskey maintains its quality, store it in airtight unique whiskey decanters. Whiskey in a decanter will keep for the same amount of time as it would in its original glass bottle or container.

If your decanters don’t have an airtight stopper, the alcohol will slowly oxidise and evaporate.

Types and Features of Decanters

Whiskey in a decanter can keep for at least two years if the decanter has an airtight seal. Decanters made of leaded crystal should also be avoided since they may cause the whiskey to eventually leach lead.

Lead poisoning happens when lead accumulates in the body over time often for months or years can be brought on by it. Even trace levels of lead are harmful to one’s health.

How long has it been kept?

Whiskey doesn’t improve with age like a bottle of wine does. As soon as it is placed in a whiskey bottle, it stops maturing. When you open a bottle of alcohol and pour it into a decanter, you expose it to elements that could degrade its flavour and purity.

The frequency of opening it

The more you open the decanter, the more air is exposed to the whiskey. The whiskey’s quality will decline when exposed to oxygen due to oxidation. Therefore, whiskey can be kept in a decanter overnight and consumed the following day if you wish to transfer your alcohol to the decanter.

Red wine can open up while being enclosed in a carafe or crystal bottle. Wine changes and gains in flavour because of its interaction with air. If you’re wondering if whiskey works that way, the answer is no.

To preserve the quality of the whiskey, keep the decanter out of direct sunlight and in a cool environment. Avoid leaving your whiskey decanter on top of a refrigerator or in other areas where the temperature changes frequently. Additionally, avoid leaving whiskey in humid environments.

Factors That Could Ruin It In A Decanter Include:

To preserve the flavour of the whiskey for longer, store the decanter somewhere that is out of direct sunlight. The whiskey’s tannins react with the ultraviolet light to produce foul odours and a change in the whiskey’s flavour. Bourbon, for instance, will take on a flavour similar to paint thinner, plastic, and rubber balloon if exposed to direct sunshine daily. Whiskey should ideally be stored in a dim area.

More oxygen is delivered to the decanters when there are a lot of headspaces, which oxidises the remaining whiskey. Since alcohol is lighter than water, the volatiles evaporates more quickly. As a result, molecules of flavour and scent are lost.

Alcohol quickly evaporates when exposed to high humidity. Moisture causes the liquor’s quality and shelf life to decline. It’s best to regulate the humidity in the space where your whiskey is kept. Whiskey should be kept in a space with a humidity level of 50% to 70%.

As long as it is properly preserved and the decanter seal is strong, whiskey can last for years. You can’t guarantee that it will be of the same calibre as whiskey that has just been opened. It depends on how you store whiskey if you’re wondering how long you can keep it in a decanter.