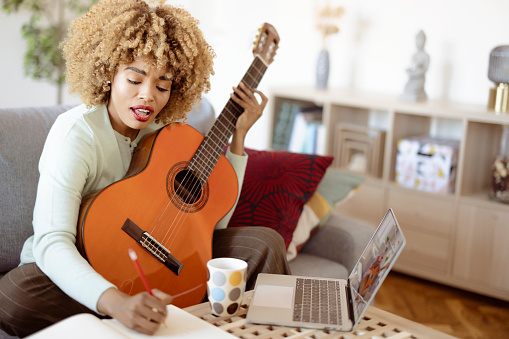 The Bangtan Boys, popularly referred to as BTS (Bangtan Sonyeondan in Korean), are a South Korean boy band that was founded in 2010 and made their stage debut in 2013. The septet’s band mates, Jin, Suga, J-Hope, RM, Jimin, V, and Jungkook, co-write and co-produce a large portion of their own music.

Initially a hip-hop band, they have now expanded their musical approach to include a variety of genres. Their lyrics frequently touch on psychological health, adolescence’s challenges, grief, the path to self-love, and individuality. Additionally, their work typically makes parallels to literary, philosophical, and psychiatric ideas and has an alternative universe plot.

Bang Si-Hyuk, a well-known composer and music producer who founded his own company, Big Hit Entertainment, in 2005, is the creator of BTS.

The members of BTS

The band consists of 7 members.

Kim Nam Joon, who goes by RM, is a South Korean singer who was born on September 12, 1994 in Seoul. RM, a native speaker both of Korean and English, claimed in a 2018 conversation with the Chicago Tribune that he picked up English through following CNN, BBC, and vintage Friends shows. In BTS, RM is the leader.

Kim Seok Jin, better known as Jin, is the oldest member of BTS. As per Rolling Stone, the South Korean boy-band casting agency who discovered the musician and songwriter, who was born on December 4, 1992, initially approached him about becoming an actor.

Suga is a rapper who is a member of BTS, like RM. Rolling Stone calls him “the most thoughtful of the group.” He was born Min Yoon Gi on March 9, 1993. Suga is a talented rapper who has also published a number of songs and soundtracks under the moniker Agust D. He is also a productive songwriter and producer.

Jung Ho Seok, a member of BTS, was born on February 18, 1994, and performs by the alias J-Hope. He is the group’s third rapper and is renowned for his dancing prowess, frequently assisting other BTS performers with their routines.

On October 13, 1995, singer Park Ji Min was born. Having studied modern dance while being in school, Jimin, like J-Hope, is well renowned for his dance moves. Kim Seok Jin, better known as Jin, is the oldest member of BTS.

Kim Tae Hyung, one of the more recent BTS members, was born on December 30, 1995, and is a vocalist with a lower vocal ability. Besides his involvement with BTS, V also began his acting career in 2016 by taking part in the renowned Korean drama “The Poet Warrior Youth”.

Jeon Jung Kook, the group’s youngest member, had just turned 15 when he joined BTS. He was born on September 1, 1997. 2017 saw Jungkook complete his high school education, four years after BTS began their career as a boy band. The upcoming singer has written a number of solo songs, such as the 2018 tune “Euphoria”.

Who is the most popular member of BTS?

It’s up for debate whether BTS member is the most adored because only Instagram users can make that determination and the BTS Army or fans would concur. All seven of the group’s talented members are well-known in their fields. Take a closer look, shall we?

“ Read About: Most Popular BTS Member ”

Some fans make their selections depending on an artist’s talent, charisma, and, of course, appearance. V is typically regarded as being one of the most well-liked BTS members in the country. V dominates the other members on Ranker, coming in first place among fans. One of the group’s most popular “fan cams” had millions of views and featured V for the song “Boy with Luv.” The most people watched V’s video out of all the members.

Most probably, Jungkook is the BTS member who is most well-liked in Korea. Jungkook receives numerous lines in BTS songs because he is one of the group’s lead singers. Jungkook starred on a number of Korean television programs, claims Showbiz Cheat Sheet. In fact, Jungkook enjoys fame in the US. About 5,000 votes behind V, Jungkook comes in second position among fan favorites on Ranker. Jungkook is the BTS member who receives the most Google searches, as per Econotimes.

Though fans express their admiration for V and Jungkook, every member of the group contributes to the group’s success. Only RM can speak English fluently among the boy band members. Since he frequently speaks during discussions and appearances on talk shows, he is also regarded as the “leader” of BTS. According to some, this places him among the favorites of British and American fans alike.

How many songs does BTS have?

Following their debut in 2013, the South Korean boy band BTS has recorded a number of popular songs. Over 235 songs from studio albums, theme albums, reissues, and compilation albums are part of the group’s discography.

In addition to almost 100 non-single tracks, the band BTS has recorded 42 singles as lead artist, 9 singles as a featured artist, two promotional singles, and three soundtrack performances. The group debuted in South Korea on June 12, 2013, with the single “No More Dream”, which peaked at number 124 on the Gaon Digital Chart and sold 50,000 copies. To support their first extended play, O!RUL8,2, the group’s debut single, “N.O,” only had marginal domestic mainstream success.. They released four singles in 2014, “Boy in Luv”, “Just One Day”, “Danger” and “War of Hormone”, all of which entered the Digital Chart. “Boy in Luv was the best of the five and reached the top 50 of the chart. It sold over 200,000 copies by year’s end.

“ Read About: How Many Songs Does BTS Have ”

“Blood Sweat & Tears” by TS, which sold over 1.5 million copies in South Korea and reached the top spot one on the US World Digital Songs list, became the band’s first number-one smash in late 2016. The Japanese rendition of the song was released in May 2017, and it was the first to receive a Platinum certification from the Japan Recording Industry Association (RIAJ). In same year, the group also produced the singles “Spring Day,” “Not Today,” and “DNA.”

Each of the three made it into South Korea’s top ten and topped the World Digital Songs list. On the US Hot 100, “DNA” peaked at number 67. When American DJ Steve Aoki and rapper Designer remixed “MIC Drop” in November 2017, it debuted in the top 40 of the Hot 100 and became the first single by a Korean boy band to be awarded a gold certification.

2018 February. Eventually, the song received platinum certification. The single, which featured the songs “DNA” and “Crystal Snow,” was released in Japan in December 2017 and sold more than 500,000 physical copies in a single month, earning the country’s sole Double Platinum certification for a foreign artist that year.

A Brief History Of Manga Comics