Best cities to visit in Brazil 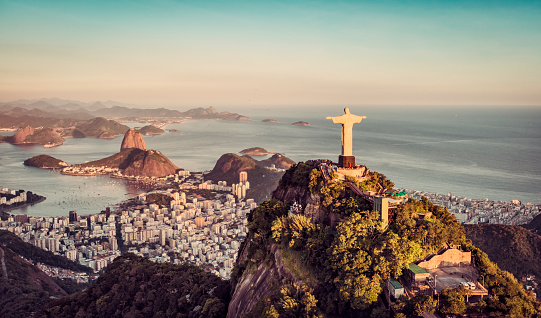 The biggest country in South America, Brazil has a lot of etnies and a diverse population in your 5 regions. Samba echoes inside the streets and football domains as the favorite sport, while fanatic fans go to the stadiums every week.

Brazil has some of the most beautiful beaches in the world, like Copacabana in Rio de Janeiro and other cosmopolitan cities, like São Paulo. We describe in this article 9 of the best cities to visit in Brazil.

9. The switzerland of Brazilian

An important business center in the State of Bahia, Vitória da Conquista is a cold city to visit when you are in the Northeast of Brazil, typical for its beaches and hot temperatures.

8. The capital of brazil

We start talking about the capital of Brazil, the modern and homeless politicians in the biggest country of South America. Inaugurated in 1960, Brasília has the future and modern way in all of the city, with modern architecture and the space for green space and amazing parks.

Santos is the city where Pele, the king of football, has shown his maximal talent during his career as a football player. Located at the coast of the State of São Paulo, is a mix of beautiful beaches to visit and a historical center to walk and enter at the museums.

In addition, Santos has the most important seaport in Latin America.

Black gold is a colonial town and the Serra do Espinhaco in the mountains of the city shows the beauty of one of the oldest cities in Brazil, with a historical presence of the Portuguese colonization.

The city is considered the “heart of Brazil” and is located in the State of Minas Gerais, where the capital is Belo Horizonte. Black gold has brilliant and old churches to show your magic to the tourists.

Located on the Northeast in the map of Brazil, Fortaleza is the capital of the State of Ceará and has the most beautiful beaches in this country. One of the largest cities in Brazil, Fortaleza is a perfect place to enjoy the hot temperatures during the day and your lively night.

Fortaleza is the home of the musical style “forro”, much popular in the Northeast and other regions of Brazil.

4. The coldest capital in the country

A fantastic city, ecologic and with a lot of culture, Curitiba received a imigration for polonians, ukrainians and germans, which all of these people show his presence for all the city.

Has a futuristic bus system, like countries of the first world. When you visit the capital of the State of Paraná, don’t forget to enjoy the rest of your time at the Botanical Garden. Is considered a safe city to visit and live in Brazil.

Recife is the second-largest city in the Northeast in Brazil and explains for the tourist a magic beach, like Praia da Boa Viagem and a historical center, another important economic city for brazilians.

If you are in Recife, don’t forget to enjoy your irresistible night, after spending all day on your beaches. There are great restaurants, with good plates, like tapioca and feijoada. Check a look to Olinda, near to Recife and make up another way to his beautiful historic center.

Recife and Olinda are the places to enjoy Carnival in Brazil, with a maximal atmosphere and cool people, typical for all the Northeast of Brazil.

The most populated city in Brazil and South America, with over fourteen million people living in the capital and the metropolitan region, São Paulo has many options for you to explore, during the day and night.

In São Paulo you can find many types of restaurants, like italian, mexican, asian, argentinian and many options of food. The capital has over seventy museums and classic theaters too.

One of the most beautiful cosmopolitan cities in the world, São Paulo is so diverse and cultural, probably fascinating to tourists. Visit the Avenida Paulista, Parque Ibirapuera and if you are interested in buying clothes and other things, go to “25 de Março”.

Considered one of the most beautiful cities in the world, the “Cidade Maravilhosa”, Rio de Janeiro is simple and with a lot of attractions for millions of tourists. You need to visit Copacabana, the most famous beach in Brazil, the Guanabara Bay and “Cristo Redentor”, to enjoy a view of all the capital of cariocas.

Many tourists, when visiting Rio de Janeiro, go to walk inside the favelas, like Rocinha and Alemão, because of their amazing and vibrant pictures. Rio de Janeiro has one of the most famous stadiums in the world, “Maracanã”, the home of Flamengo.

No way is it wrong if you decide to visit Rio de Janeiro, this city is so charming and vibrant. A happening city, home of Rede Globo, the second most rich and famous TV channel of the world.

Are you excited to visit Brazil? Write all of these cities and buy your tickets to visit the biggest country of South America.

4 Vital Practices to Increase the Lifespan of Your Car